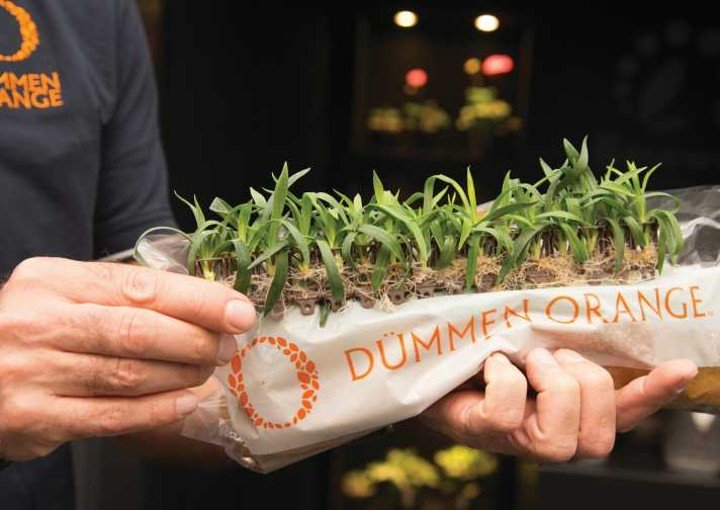 Technologies that address a specific problem or issue in an efficient and practical manner are adopted rapidly in horticulture, and Greenhouse Grower’s 2019 Medal of Excellence Technology of the Year winner is no exception.

“By transferring one of the most labor-intensive processes, the rooting and distribution of young plants, to off-shore farms, we allow labor to be executed at places where it is still readily available and affordable,” Wismans says. “This takes the pressure off the labor demand in greenhouse operations so growers can realize a cost savings.”

Additional benefits of the system include grower-friendly ordering, distribution, and handling, as well as direct savings to a user’s bottom line, with some growers reporting as much as 25% to 50% realized savings when compared to traditional unrooted or rooted cutting inputs, according to Wismans.

Flexibility in the way that Basewell can be deployed, as well as the multitude of plant types the system can propagate, are additional benefits to the system.

“Pelargonium requires a slightly larger cage, due to its stem size, as compared to something like Calibrachoa,” Wismans says. “And Basewell can be shipped as a full strip or as individual cages, which allows the product to be produced efficiently at our off-shore farms, and it allows growers to speed up their young plant planting process, done by machine or by hand.”

Grower feedback for the new system has reportedly been positive, with growers valuing the product and the potential savings realized from its implementation, according to Wismans.

“We hear from all sizes of operations that are trying to find a fit for Basewell in their production, and the applications differ from grower to grower,” he says. “Of course, we see growers replacing their own rooting activities with Basewell and replacing rooted liners, but we also have growers that use it to create larger rooted liners, which is more common with perennial products and can be done with very limited resources.”

Woodley’s crew adopted Basewell in early 2019, where the company’s young plants were “treated the same as a rooted plug and saw soil shortly after entering the greenhouse.”

“The problem we had run into was a lack of space in our propagation area,” Woodley says. “We wanted to use the Basewell system to allow cuttings to skip the propagation stage and go directly into their containers.”

Woodley says Basewell allowed his staff to focus more on core competencies versus completing manual labor tasks in the greenhouse.

“And in regard to operational efficiencies it solved a huge problem: timing,” he says. “Skipping the rooting process allowed us to forecast our planting schedule more effectively.”

Sans Basewell in 2019, Woodley’s team would have had to focus more resources on its propagation work, taking valuable expertise away from other areas of focus for the business, Woodley says.

“Essentially, we were able to take that capital and invest it into other projects,” he says.

Lori Watson is the Head Grower at Sawyer Nursery in Gadsden, AL. Sawyer got acquainted with Basewell at the request of one of the distributors it purchases a great deal of its starter material from.

“They asked that we try out small quantities of the Basewell starters in a trial this past spring,” Watson says. “My primary interest was to achieve a full and vigorous root system on the perennials we grow as we do the majority of our crops outdoors, and the weather plays a large part in how successful we are producing a good foundation for the plants to thrive on.”

After conducting a trial with Basewell in 2019, the nursery is currently in the planning stages of adding around 3,000 Basewell starts to its spring material, a development which Watson says will “have such a positive impact as to increase the quantities of Basewell additions for years to come.”

“With plants that are this vigorous and healthy, our Leucanthemum being one example from the trial, the sorting process for order-pulling is more efficient, and we use less labor and chemicals to keep them shipping-ready,” she says. “Higher efficiency and lower input costs are the way to the better profit margins that we are all working toward.”

According to Wismans, an internal Dümmen trial on poinsettias has fleshed out yet another avenue of possible grower usage for Basewell.

“The hope is to offer that technology commercially for the 2020 growing season,” he says. “And, as always, we will release a number of new innovations at the upcoming California Spring Trials next March.”

Read the article in the October issue of Greenhouse Grower magazine or online here: https://www.greenhousegrower.com/technology/why-dummen-oranges-basewell-is-the-2019-technology-of-the-year/