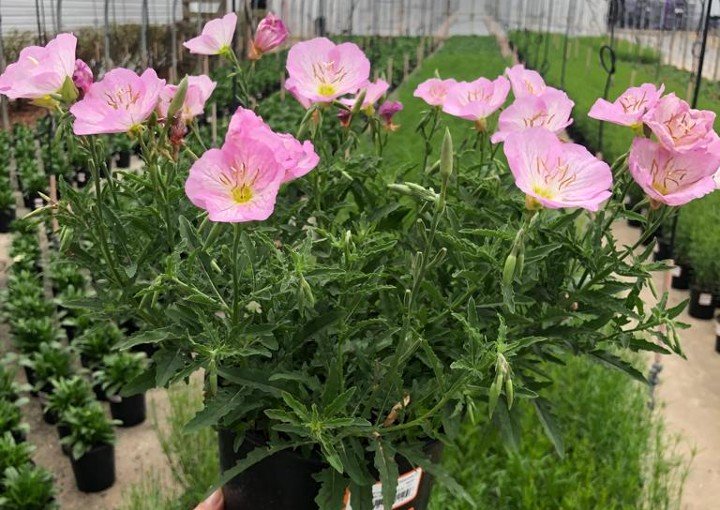 Bell Nursery, with multiple locations in Maryland, Ohio, Virginia and North Carolina, provides fresh and local plants to customers through its partnership with The Home Depot, producing and shipping approximately 100 million plants each year.

Keeping up with this high volume has led the nursery to try a new space-, time- and labor-saving technology — Basewell Perennials by Dümmen Orange.

Bell Nursery finished its initial trial several weeks ago, says Regina Coronado, head grower for perennials at Bell Nursery’s location in Monroe, North Carolina. “It was at Cultivate that I had the idea of trying the product in 21 cell plugs.”

Before trialing the Basewell technology, Bell needed to double-handle its pots but was unable to do so. With Basewell Perennials, the grower can plant perennials directly into the finish container without having to root them, making them a consistent item from crop to crop.

The initial trial for Basewell yielded a 100% success rate. Overall, the plants each grew to their respective standards and rarely performed below average.

Basewell Perennials will allow the company to avoid the high cost and labor input of a sophisticated propagation system, according to Coronado. Likewise, more space is freed up in exchange for costly propagation equipment.

“If I could grow it under my conditions anybody could grow it, because my conditions are like from the ’70s,” Coronado says, noting that if growers don’t have the space for propagating, the Basewell technology allows them to skip that step and go directly into a pot.

After undergoing the trial stage, Coronado sees Basewell being an eventual benefit to Bell’s bottom line. It’s hard to say exactly how much it will help save, but once the technique is used more frequently, it’s likely Bell will start getting better results as far as efficiencies and cutting labor. The nursery also saves in freight costs through Basewell, because the product is coming straight from the offshore farm and is delivered in a single order.

Coronado is still working out exactly where Basewell fits in the operation, but Bell Nursery will be sure to include the technology going forward.

Read the article in the September issue of Greenhouse Management or online here: https://www.greenhousemag.com/article/increasing-profits-serious-savings/